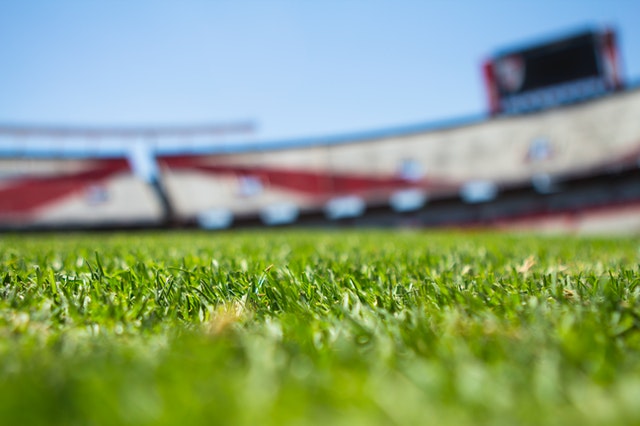 Serie A is well known around the world and Italians simply love it. They adore all their national teams, so if you’d like to watch some matches with your friends from Italy – you should know at least some of the most important phrases (and probably curses, but that’s a topic for another occasion). Ready to study?

Football is by far the most famous sport in the whole country. When matches of Serie A or the national team of Italy ar being played, almost everyone meet to watch the game together in front of televisions (and the more die-hard fans are in the stands). The representation of Italy is thought to be one of the best around the world and the players stood on the top step of the podium of FIFA World Cup four times, took the second place two times and scored third and fourth place one time each.

Also Serie A is well known around the world. By many football lovers it’s described as one of the most tactical football league. If you are also a fan and you’d like to feel the sporty spirit of Italy, below you can find the most crucial words that you will surely hear during sports matches on Italian TV.

This word is a base for many other and simply means the sport, football. Literally, it means 'to kick’, but everyone knows, that it refers to the sport itself. If you will catch this word in a conversation of Italians, it’s highly possible, that they are heading to a match in the evening.

While this phrase might sound slightly ridiculous, 'spoon’ is an exact translation for 'cucchiaio’, which means the panenka penalty. It’s a type of play where a player pretends to kick right or left but actually sends the ball right in the middle of the goallight. You might remember it well from the 2012 EURO, when Andrea Pirlo helped Italian national team to beat England with panenka penalty.

Don’t be a duck

La papera literally means a duck, quite clumsy, feathery animal. It’s also the greatest fear of all Italian goalkeepers. Why? Because 'la papera’ can be used to describe a goalkeeper, who did an uncommonly clumsy or inexplicable movement, which is hard to understand. If you will hear, that one of the players 'fa una papera’ (’does a duck’), it’s definitely not a compliment.

A phrase closely related to la papera is la smanacciata: it occurs, when the goalkeeper is able to touch the ball with the tip of his fingers, but fails to block it. Though it’s not always the case, there are occasions, when performin la smanacciata means, that the goalkeeper will be called la papera.

Can you dribble him?

This one is a move, that any football player would love to perform for his loving fans. Il tunnel is a move, when a player is able to dribble the ball between his opponent’s legs (usually when there is a possibility to score a goal). While performing il tunnel, the player can also score 'gol in Zona Cesarini’ – which means to shoot a goal in the final miniute of the match. If that will happen for your team, you will jump to the moon. However, if the goal is scored for the opposite team, we strongly suggest catching a few of the less censored phrases to tame emotions.

Scommesse sportive (sports’ bet) is a phrase, that can be heard relatively often between Italians. They love placing bets on their teams – betting beers, favors or just real money in actual sports betting.

If you’re about to watch a match, in which il Azzurri will play – it’s probably some sort of championship meeting. Il Azzurri means the national team of Italy and when they are playing, literally everyone is watching. The phrase came from word 'azzurro’, which means 'blue’ and refers to the colour of Italian players’ shirts.

Those are just a couple of the most important phrases, but we are sure, that every time you watch a match with Italians – you will catch more and more of the words!